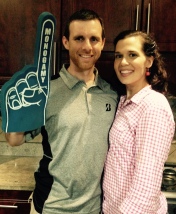 Not only does God condone polygamy, the story goes, but he actively promotes it.

Exhibit A: The Lord’s words to King David in 2 Samuel 12.

7 Nathan said to David, “You are the man! Thus says the Lord, the God of Israel, ‘I anointed you king over Israel, and I delivered you out of the hand of Saul. 8 And I gave you your master’s house and your master’s wives into your arms and gave you the house of Israel and of Judah. And if this were too little, I would add to you as much more. 9 Why have you despised the word of the Lord, to do what is evil in his sight? You have struck down Uriah the Hittite with the sword and have taken his wife to be your wife and have killed him with the sword of the Ammonites. 10 Now therefore the sword shall never depart from your house, because you have despised me and have taken the wife of Uriah the Hittite to be your wife.’ 11 Thus says the Lord, ‘Behold, I will raise up evil against you out of your own house. And I will take your wives before your eyes and give them to your neighbor, and he shall lie with your wives in the sight of this sun. 12 For you did it secretly, but I will do this thing before all Israel and before the sun.’ (2Sm. 12:7-11).

Many of Israel’s rulers were polygamists–most in rebellion against God. Discrediting their marital choices, then, is not difficult. If the kings couldn’t figure out a stump was not celestial, surely they aren’t models of matrimony.

But there are three apparent exceptions. Solomon, Joash, and David were good kings– the latter being a man after God’s own heart (1 Sam. 13:14).

Some conclude since God is the giver of David’s wives in 2 Samuel 12, he therefore sanctions it. Samuel Kunhiyop, a theologian in South Africa where I minister, argues this way. If God didn’t punish David for his polygamy, he says, why should we? “The negative treatment of polygamists is contrary to the spirit of the OT. It is David’s adultery, not his polygamy, that was severely punished” (African Christian Ethics, 234).

Initially, the cattle town where Kunhiyop argues looks quite sturdy from the main drive, but a closer look behind the storefronts shows his reasoning is propped up by some rickety false assumptions.

First, that God “gave” Saul’s wives to David (v. 8) cannot be taken in a manner too wooden. One of Saul’s wives was Ahinoam (1Sm. 14:50), mother of Michal, wife of David. This would imply a form of incest condemned in Lev. 18:17. Thus, it would be preferable to understand “gave” as meaning God placed all of Saul’s family into David’s care.

But what are we to make of Kunhiyop’s assertion it was David’s adultery and not his polygamy that was punished? The question we must ask ourselves is whether the passage condemns one, two, or three sins. Here’s an argument for the latter.

Thus, to argue God only rebukes adultery (and murder) in the passage is unconvincing.

One last note. David probably lived monogamously in the closing years of his life, absconding from sex but still actively providing for his family. Second Samuel 20:3 explains how, after the death of Absalom, David handled the ten women defiled by his son:

And the king took the ten concubines whom he had left to care for the house and put them in a house under guard and provided for them, but did not go in to them. So they were shut up until the day of their death, living as if in widowhood.

These concubines were probably the five wives listed in 2 Sam. 3:2-5 plus another five (probably minus Michal) he took in 2 Sam. 5:13. This may indicate that King David saw the error of his ways later in life and chose to live monogamously.

In sum, Yahweh did not in any way sanction David’s polygamy. If God had literally given Saul’s wives to David, this would have been to encourage incest. Most likely, the verse means that David was given charge and responsibility over Saul’s house. Moreover—per the prophet Nathan—David’s sin was not only adultery and murder but also polygamy, with David later in life living as a monogamist.

1 thought on “If Polygamy Is Wrong, Why Does God Commend It?”