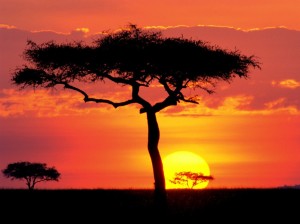 As certain as the world is round, water is wet, and what goes up must come down—racism will exist in this sinful world. Unless one embraces one of several human utopias such as Marxism—which one theologian called an atheistic form of postmillennialism—there will be no complete eradication of the tangled roots of racial prejudice until Jesus comes back.

Racism is simply a lack of obedience to our Lord’s command to love one another as he has loved us. Those who continue castigating others based on their skin pigmentation are destined for perdition and will not inherit the kingdom of God (1Co. 6:9-10). All believers, regardless of race, are baptized into one Spirit (1Co. 12:13).

Over two decades have passed since the formal fall of apartheid in South Africa, but the pain and consequences cannot be removed in a night or generation. In those days, nearly every aspect of life—home, work, school, politics—was managed to keep the blacks under control. Large numbers were uprooted from their homes and others imprisoned for resisting institutional policies. Blacks were not allowed to own land in their homelands or in the white areas, thus withholding vital capital that could help them start businesses. Apartheid, indeed, was the extreme example where race was the rallying cry to claim political and economic privilege.

Racism, as a refusal to love those who are different from us, still exists today, not only in the form of high-socked Boers and wealthy Westerners, but upon the lips and actions of blacks, Indians, and Asians. It worms its way into Parliament, the corporate world, and even the church. Since man is made in the image of God, this is indirect sacrilege and an indictment on our theology. Racial barriers begun in youth die hard, even after conversion (Gal. 2:11-12).

How should Christians respond to this ‘separateness’? Socially, one baby step would be considerable time with those of different races (see Biracial Banquets). Learn to greet in their language. Instigate gracious interaction with different racial perspectives. The world has no category for thoughtful disagreement. Christians, however—especially in this media age—should give other Christians the benefit of the doubt, think the best of them (1Cor. 13:7), speak one-on-one if differences continue (Mt. 5:24), and practice overlooking offences (Pr. 10:12).

In the church, this would include bringing in minority races (somewhat common today) and sending out men and woman as the minority race (not common today). In fact, of the nearly 50 pastoral members within the southern Africa fellowship I am in, I can count on a few fingers those who are living with and ministering exclusively among those of a different skin color, different language, and different culture. And they’re from across the ocean. This should not be.

True, we often minister best to those in our own culture. But since the task is so great and laborers few, surely some white pastors can move their families to a township or rural area and preach in the native language. Surely some black pastors can move their families to a Muslim community and learn their native tongue. And I’m not speaking about foreign missions. Right here in South Africa—where the issues of race are rife.

The question remains: does poverty exist in rural South Africa—in any way—because of apartheid? The answer is yes. Forsooth! Hi swona. Add it to the list and don’t sneak it in at the end where there’s standing room only. It’s a real reason.

But what makes the institutionalized apartheid of the past different from the other 14 reasons is just that—it’s in the past. It is beyond our power to change history. My purpose in the previous post of “14 Reasons for Poverty” was not a scientific exploration of every single cause-effect reason for poverty in rural Africa. Rather, I was addressing the issue pastorally. Does poverty exist according to “the modern notion…”—that notion being, of course, that the struggles of the past are primarily to blame for today’s problems? From my perspective, not only is this inaccurate, but it discourages the pastor from starting where a Biblical counselor should, with personal responsibility.

South African author Mzukisi Qobo rebukes those who stay in the past and urges today’s generation to look to the future:

Under democracy the differences that matter most are those that lie in the future rather than those we have inherited from the past…[Some keep] beating the drum of memory, so that our consciousness is locked up perpetually in the prison of history.

[They are holding white South Africans] as collectively responsible for the past—a very dubious notion since each individual is responsible for his or her own sins. It is as if the white middle class is politically frozen under an eternal curse…that the sins of your father shall be visited upon you, up to a thousand generations of those whose skin has a white pigmentation.

Let’s try two thought experiments. First, suppose an Afrikaaner—say, in 1980—excused the apartheid regime thus: “Nearly 15,000 Afrikaans people were killed by the British in the concentration camps! The loss of black lives in this regime is infinitesimal compared to what we lost. Afrikaaner nationalism has risen in response to the atrocities we faced at the hands of the British.” Whatever truth may be in this not uncommon argument, no one would accept this as an excuse. Even to state it would blanket their guilt and responsibility in the matter.

Second, suppose a marriage is on verge of collapse. The husband has beat, neglected, and cheated on his wife. The wife clings to the marriage, but at times is mouthy. The counselor sits across from them and says: “To fix this marriage, both of you must acknowledge your sins. Bob, you have your issues and Mary, you have yours.” Is Mary perfect? No. But for the counselor to state it this way when the majority of the blame is with Bob is to miss the point. Whose fault is it? For all practical purposes—Bob.

Now hear me out. My point is not to belittle the wicked sin of apartheid. The Afrikaaners hold the guilt in the first illustration. But walk with me as I visit church member Themba’s house in 2017 at 9:30 am. His home has two TVs but no bookshelves. His brothers are from three different fathers. Beer bottles line the stoop and I have to pull Themba out of bed. Even to mention apartheid would be as cruel as the counselor telling Mary she better clean up her speech. At that moment, for all practical purposes, Themba’s family is entirely to blame.

If we cannot draw a line from the ancient Proverbs to the plight of today’s society, what good is Scripture? We must ask contemporary questions, like: Is there a causal connection between fatherless homes and poverty? If so, let us own it. Are there economic implications regarding the millions of South African babies we have murdered in the womb since 1994? Then let us bow the knee and repent.

I weep and sympathize with the tragic suffering of the past, but what Themba needs is a three-course meal of fatherly love and biblical wisdom—not bitter resentment for days gone by. When Themba bemoans himself as a second-class citizen, I tell him—as a daddy would his son—“No one can make you feel inferior without your permission.” Besides, feelings are not the final arbiter of biblical reconciliation.

He says: “The past makes it hopeless.” Take heart! Scores of today’s successful nations were previously colonized. Jews (.2% of the world’s population) have been persecuted and enslaved for 4,000 years yet have won the majority of Nobel prizes.

And when he looks around at his poverty in bewilderment, I do what all pastors should: offer him hope through Jesus Christ and economic guidelines from Scripture. “Work hard. Loathe the prosperity gospel. Be honest. Detest abortion. Ditch ‘safe sex’ for ‘pure sex.’ Value books as gold. Raise your own kids.”

As Christians, we are not called to ignore the sins of others, only to be quicker in hating the sins in ourselves. In sum, take personal responsibility.

As C.S Lewis said, be cautious of those who urge us to “turn from the bitter task of repenting of our own sins to the congenial one of bewailing—but, first, of denouncing—the conduct of others.”

2 thoughts on “Apartheid and Personal Responsibility”