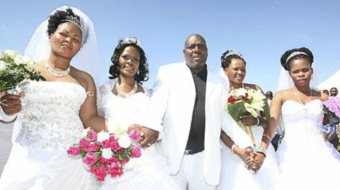 Some argue that love thrives in polygamous unions just as it does in monogamous marriages.

John Mbiti argues: “I believe that where there is deep love and understanding on the part of the couples (or triples) concerned, and where their community accepts and assimilates them, polygamous marriages can be as successful and happy as monogamous ones, even if monogamy is ideally better.” Elizabeth Isichei agrees with Mbiti: “Missionaries familiar with the story of Jacob and Rachel were, for the most part, blind to the way in which love could flourish in a plural marriage.”

But contrary to many contemporary claims, there are a number of factors that make complete, mutual love unattainable within a polygamous marriage.

Several examples point in the opposite direction of marital peace. Contrary to Isechei’s claim, Jacob clearly loved Rachel more than her sister. God saw that Leah was “hated” (“unloved” [KJV]; Gen. 29:31) and blessed her with children. Leah thought six sons would win Jacob’s love (even naming her last son Zebulun, meaning “to live with”; Gen. 30:20), but it did not. Elkanah cared more deeply for Hannah than Peninnah, giving her “a double portion, because he loved her” (1 Sam. 1:5).

In speaking of the Ashanti people in Ghana and the Ivory Coast, Meyer Fortes notes that unequal love is a common occurrence in polygamous relationships. “It is notorious that co-wives often show great jealousy of one another. They call each other kora, ‘jealous one’, and the usual practice is for a polygynist’s wives to live separately. A polygynist must be scrupulously fair in sharing his time, his sexual attentions, and the material provision he makes for them, equally among his wives.”

First Corinthians 13:4 claims that genuine love does not envy, but envy is exactly what we find in several of the polygamous examples in the OT, even spilling over to the children as well. Ishmael mocked his younger stepbrother Isaac (Gen. 21:9). Joseph’s stepbrothers plotted his death (Gen. 37). Solomon executed his stepbrother Adonijah for attempting to steal the throne (1 Kings 2:12-24).

(3) Polygamy breaks the picture of the Gospel.

A faithful husband to one wife pictures Christ’s love for His church (Eph. 5:25). How did Christ demonstrate this deep love for his bride? He gave himself for her. That is, his own economic success was not the priority, but rather the protection and safety of his bride.

This is not to say polygamous marriages are devoid of all love and moral virtue. Some polygamists experience God’s common grace within their marriages. Polygamists who have since been converted but are still constrained to continue in that state are commanded to love, provide for, and protect their wives in the best way they know how. But Scripture is clear: monogamy is by far the best channel by which love, harmony, and mutual respect is exemplified.

2 thoughts on “Is There Love and Harmony in Polygamy?”