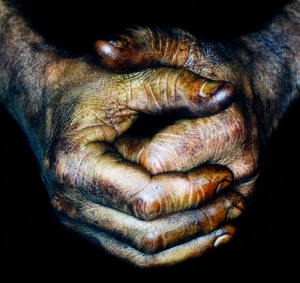 With so many duties, so many hats to don, and yet so much left undone, the guilt missionaries feel is often too heavy to carry. For example:

According to Horatius Bonar, more time should be given to evangelism, as the minister’s one object is to win souls, for “the object of the Christian ministry is to convert sinners and to edify the body of Christ.”

According to McCheyne, more time should be given to personal devotion. “It is best to have at least one hour alone with God before engaging in anything else.”

According to Douglas Wilson, more time should be given to study. “Read constantly. Read until your brain creeks. Read widely. The timbre of your voice will be affected by where you have been, so read novels, bios, comedies, poetry, history and theology. Don’t be afraid to have 20 books going at once.”

According to Thomas Manton, more time should be given to family worship, as neglecting it would be “covenant-breaking with God, and betraying the souls of their children to the devil.”

Besides this, foreign missionaries often carry out so many other tasks that are not typical of ministers in Third World nations. Our African church plant is poor, so I spend handfuls of weeks and scores of hours with mortar and trowel and bricks as we slowly construct our church. How can I keep up?

Here is where John Frame gives hope and comfort:

Sermons sometimes suggest that to obey God means to drop everything we are doing and do something else. If the sermon text calls for persistent prayer, we ought to stop everything else and pray. The preacher reminds us that Luther spent many hours in prayer, and we feel guilty that we have not done that.

But then the next sermon says that same thing about another duty, say, evangelizing your neighborhood. And then we are told to feed the poor, visit the sick, pursue social justice, study Scripture, parent our children, work on our marriage, attend worship services, and on and on. The guilt becomes greater than we can bear.

The fact is, however, that although all these are legitimate biblical duties, we cannot do them all at once. We are finite. Our schedules are limited. We must frequently stop obeying one command in order to carry out another. God understands our finitude. He does not assume that every command of his must be carried out immediately and continually. It is comforting and reassuring for us to realize this as well.