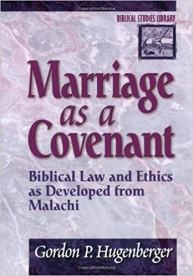 Summary: Malachi 2:10-16 teaches conclusively that marriage is a covenant between a man and a woman.

Years ago I wrote my seminary thesis on polygamy. I thought the most difficult question would be: “What should I do with polygamists wanting to join my church?” I instead walked away from that paper scratching my head and asking: “What exactly is marriage?”

That is, at what moment does it officially begin?  Does marriage start when the bride price is paid, or when there are vows? What if a couple of four decades never exchanged vows? Is marriage an agreement between families, as many today in Africa espouse? What consummates a marriage, the vows or the sexual union? Do answers to these questions differ within various cultures?

Hugenberger–former longtime prof at Gordon-Conwell and pastor of the historic Park Street Church–has been an invaluable aid in helping me unravel these conundrums, especially in the African culture I reside in where the parameters of marriage are often unclear. Though he writes primarily to Westerners, the insights remain indispensable to my setting. END_OF_DOCUMENT_TOKEN_TO_BE_REPLACED 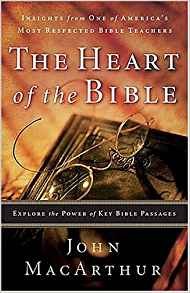 Summary: a list and explanation of fifty-two key passages every Christian should memorize

John MacArthur wanted to encourage his congregation to memorize more Scripture. He chose 52 passages that reflected ten main themes–the heart of the Bible. The 2-3 page explanations on each passage are theologically rich and easy to understand.

Pros: (1) This is a great book to give new Christians at their baptism. As they begin their Christian walk, these pages will encourage them to memorize and understand the Bible’s foundational passages.

(2) The book fits well into a one-year course. Our little African church is memorizing one passage for each week of the year. 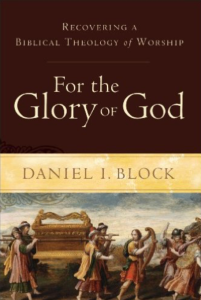 For the Glory of God is a clear and concise biblical theology on the nature of worship. If worship were a golf ball, each chapter would commence at the tee box of Genesis and finish on the greens of Revelation.

Daniel Block is an OT scholar at Wheaton College, the author of numerous books and the senior translator of the NLT Bible. His goal in For the Glory of God is this: how does one determine the right kind of worship? The answer is crucial, for in the modern world, one’s “worship style” has become the church’s calling card—the ID that every visitor requests. “These days if people ask what kind of church you attend, they are probably not inquiring about denomination, but about worship style: traditional, liturgical, or contemporary?” (Loc. 180) END_OF_DOCUMENT_TOKEN_TO_BE_REPLACED 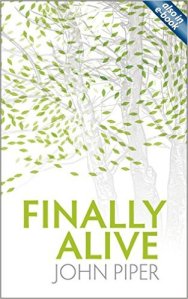 Pastor, author, and theologian John Piper lucidly unpacks the doctrine of regeneration in Finally Alive. But after so many top-sellers, why pen a work on the new birth? He illustrates. The Christian research firm, Barna, suggests born-again Christians are just as likely to divorce as non-Christians. Piper finds the equation of church-going evangelicals with regenerated Christians a profound mistake and defamation to the term born again. The rest of the book is to show why.

Piper writes to illustrate the radical change rebirth makes in the life of a sinner (viz. 1 Jn. 2:29, 3:9, 4:7, 5:4, 5:18). What brings the sinner is what will keep the sinner. Scriptural preaching? Yes. Miracles? No. “This is one of the great dangers of signs and wonders: You don’t need a new heart to be amazed at them. The old, fallen human nature is all that’s needed to be amazed….” (30).

“Whether the conversion experience is emotional (like Augustine) or sober (like C.S. Lewis), the born-again Christian (an acknowledged redundancy) will live differently.

Though Finally Alive is divided into five sections, 90% of it is a commentary on John 3 and the book of First John. I appreciated his interpretation of the must disputed “born of water and the Spirit” passage in John 3:5. He gives four reasons why water is not referring to baptism but instead to one of two aspect of the new birth in Ezekiel 36: cleansing of the old (“water”) and creation of the new (“spirit”).

I wish he had delved a bit into the other views of water. I spoke to a pastor recently who believes adamantly “water” is referring to physical birth. The strength of this view appears to be the context, since Nicodemus had just spoken about physical birth in v. 4. It actually goes against the context, however, because Jesus in v. 5 is correcting Nicodemus, not building on his misunderstanding. He was a renowned teacher and he still missed it (v. 10). Piper didn’t touch on this but should have to strengthen his own argument. END_OF_DOCUMENT_TOKEN_TO_BE_REPLACED 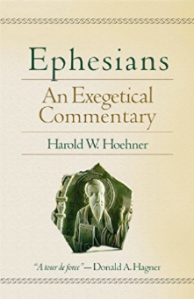 As Francis Bacon said, “some books are to be tasted, others to be swallowed and some few to be chewed and digested.” Hoehner’s commentary on Ephesians fits the latter category.

Dr. Hoehner has served as professor of NT studies for over 30 years at Dallas Theological Seminary. Though he took nearly 20 years to compile this commentary, it was well worth the wait. The formatting is excellent and the research superb. The Greek text of Ephesians contains 2,422 words, which means that Hoehner’s 900+ page volume covers about 2 1⁄2 words per page. The strengths below will show why this is significant.

One of Hoehner’s strengths is that he approaches Ephesians from a dispensational viewpoint. I agree with his conclusions on Israel in chapters 2 and 3. More importantly, Hoehner is Calvinistic in his soteriology. And most importantly, this commentary is the quintessential example in how to do word studies.

I learned how to do word studies the old-fashioned way. With hundreds of examples, Hoehner meticulously details the root, function and usage (classical, LXX, NT, Paul, Ephesians). 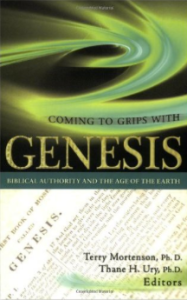 The book’s best line is actually from Gleason Archer—an old-earther—proving once again that the age of the earth debate is not an exegetical matter.

“From a superficial reading of Genesis 1, the impression would seem to be that the entire creative process took place in six twenty-four-hour days. If this was the true intent of the Hebrew author…”

Now let’s stop here for a moment. How do you think this sentence will end? Will biblical exegesis follow?  “…This seems to run counter to modern scientific research, which indicates that the planet Earth was created several billion years ago…” END_OF_DOCUMENT_TOKEN_TO_BE_REPLACED 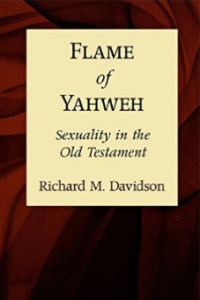 Ambrose Bierce once criticized a book by saying the covers were too far apart. This book isn’t one of them. Davidson’s 844 pages (140 of them bibliography) were so good, I read it through twice.

With that glowing statement, let me start by giving a few negatives of Davidson’s thorough treatment of every imaginable sexual matter in the Old Testament.

First, the top three cited sources in his massive bibliography are feminists. Second, as you have guessed, he is friendly to egalitarians. He argues there is no inherent hierarchy between the sexes. He does in the end begrudgingly admit hierarchy exists between husband and wife, but only because of the fall. It doesn’t carry over to the church. Davidson uses heavily watered down language and wants to lead us back to the days with no hierarchy (76).

Third, he argues in his brief NT section that “mutual submission” in Eph. 5:21 speaks of equal and joint compliance between a husband and wife. He is correct that Christians should be “submitting to one another”, but Paul explains in the next paragraphs that this means everyone should be submitting to the one above them, not everyone submitting to everyone else in the same way.

But this work is a tour de force. He thoroughly exegetes every OT passage dealing with sexuality. Allow me to condense Davidson’s massive work into 1,800 words of summary on his most lucid conclusions. I’ll sprinkle some thoughts in between.

First, he distinguishes between homosexual practice and orientation (propensity, inclination, disposition), the former a sin and the latter not discussed since “no Scripture passage addresses this point” (133). He says Scripture contains “no culpability for homosexual orientation per se”, just as it does not for tendencies toward heterosexual lust.

But if Romans 1 is correct and homosexuality is an unnatural sin and heterosexual lust a natural sin, how does a homosexual arrive at unnatural temptations? Accidentally? The passage says it is through a series of previous sinful actions. Furthermore, homosexual practice alone cannot be sin only, for Scripture says to lust in the mind is also transgression (Mt. 5:28).

END_OF_DOCUMENT_TOKEN_TO_BE_REPLACED

Christian, husband to Lindy, father of eight, and missionary to the Tsonga-speaking people in rural South Africa 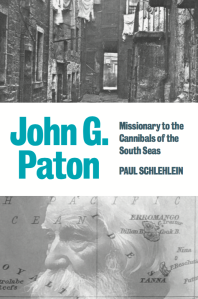